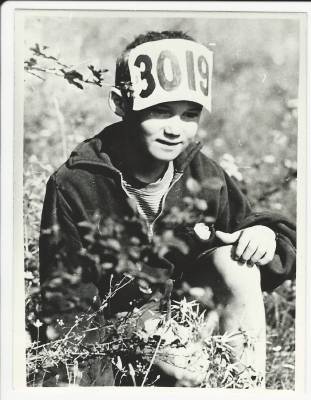 During the 1950s, children’s games were still mostly characterised by a sort of wild-west romanticism. By the 1960’s however, basic games like football, table-top football, capture-the-flag, hide-and-go-seek, and chess, though always in style, had begun to yield the spotlight to games that built on knowledge, many of which reflected ironically – in both content and form – on the public and political situation of the outside world. Though the camp ideal continued to favour spontaneity, creativity, and a community ethos, by the 1960s, these qualities tended to manifest themselves primarily in the children’s productions and performances. On the Bánk camp stage, irony was a key motif, and productions were frequently masterfully written to parodise a specific genre. The range of such events included theatrical performances, fashion shows, operas, military parades, musical conducting competitions, and sports reporting, all presented in a form comprehensible both to the young artists, and their audiences.