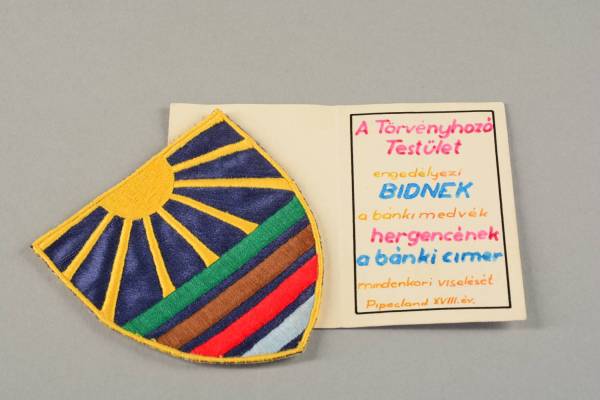 Pipecland was governed as a constitutional monarchy. Its king was a three-year-old little boy named Pipec, who according to legend, had been crowned while sitting on his potty chair. Its government, however, was in the hands of its regent-for-life, Aunt Eszter. As with all nations, Pipecland had its own flag, national anthem, and official map. The children ran their state through ministries and written laws. Every citizen of Bánk, from the youngest to the oldest, played some part in this symbolic hierarchy.

Among the higher-ups in the ranking were the room monitors who served immediately under Aunt Eszter, 16- and 17-year-old camp alumni whom the regent had deemed worthy of taking care of the little ones and assuming everyday organisational duties. A room monitor’s privileges extended to the invention of the camp’s complex, large-scale games of make-believe and editorship of the camp newspaper. At the start of each summer, most of the children were given camp names, many of which are still used among former campers when they meet today. Two-thirds of the community were boys (cubs or bears, depending on their age), while one-third were girls (all called little witches, regardless of age).