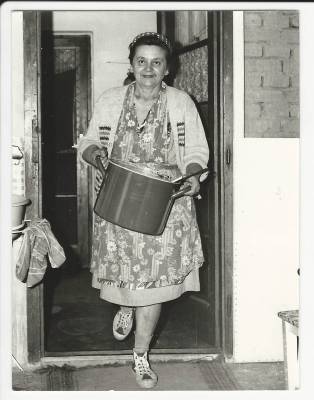 ”I don’t remember where the idea came from, but the fact was, the picky eating bothered me, as did comments like ‘at grandma’s house I don’t have to eat my creamed marrows,’ ‘if mum’s in charge, I can get away with leaving my food, but if dad’s home, I have to eat it’. Perhaps that’s where the idea for like-it-or-not came from. Usually a couple of the artsier and I created the chart while we were still in Budapest, then when we got to Bánk, we filled it in. (….) I told the kids, think carefully, then choose one dish that you’re simply not capable of eating and one that you really love (not cake or chestnut pudding). This was very important, because every summer you could be sure that your favourite food would be served at least once. Foods ranked highest in the ‘like’ column were fried chicken, crepes, and plum dumplings, while the most disliked foods were creamed marrows and stewed kale. The order was essentially the same every year. Whatever ‘not’ dish the child put on the chart he or she was not required to eat. In its place, Marcsi would serve a side dish and fry something up to go with it.” (Eszter Leveleki)