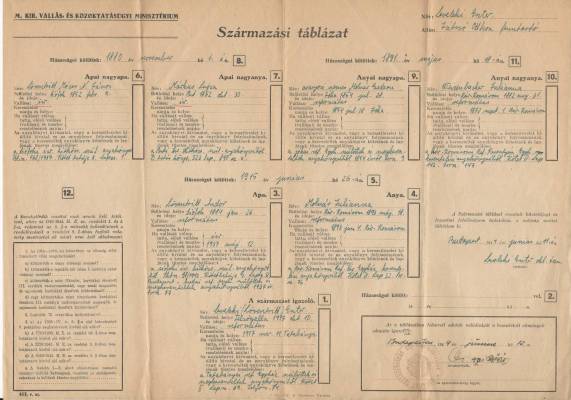 “I grew up in the time before the war, in a middle-class community you might say was very progressive. I was happy at the demise of the German Wirtschaft, as every fibre of my being protested against it, and I felt it my duty to help where I could and to stand by those who had fallen on hard times. And that is what I did. When hard times came, and someone asked me to help him get his daughter out of Pest and over to Mr. or Mrs. So-and-So in the Rózsadomb area of Buda, then off I went to the ghetto – they say I was a pretty girl with my blonde hair caught up in a bun – picked up the child, and took her wherever they asked. And no one said a word, and it never even occurred to me that I might get into trouble. All I knew, was that the child needed a safe place. I took a number of children to specific addresses like that. Later, I didn’t talk about it, as I felt that this, like many other things, was a private matter. I was a teacher and still see myself that way today. And when a person ‘works’ with other people – though that’s rather a silly way to put it – then that comes with a lot of obligations. It’s an entirely different thing than a job stringing beads.” (Eszter Leveleki)